If you’ve never seen star anise or seen it but had absolutely no idea what to do with it, you’re not alone. And if you’ve gone the extra mile and bought it to then relegate it to the back of beyond in your spice cabinet, you are definitely not alone. I was in those camps at some point or another and now i’m here to tell you, this star-shaped spice is totally worth getting aquainted and even obsessed with.

Star anise, native to southern China and northern Vietnam, is a mahogany-coloured, 8 pointed star shaped fruit of an evergreen plant with a fancy name even my Biologist brain is most definitely going to forget – Illicium verum. This magical fruit, and the seeds contained within each of its arms, has a licorice and anise-like flavour but is totally unrelated to the fennel anise we know in the West. It tastes like a mixture of fennel, clove and a little pepper with some sweetness thrown in – suffice to say, it has a rich, complex flavour that works wonderfully with meat dishes, broths, poached fruit, mulled wine (mmmm) and in my daily morning ritual, masala chai! It’s commonly used in its whole, dried form and sometimes ground. In fact, it is an integral part of Chinese Five Spice powder, which, if you’ve ever had pork or poultry Chinese style, have likely tried. 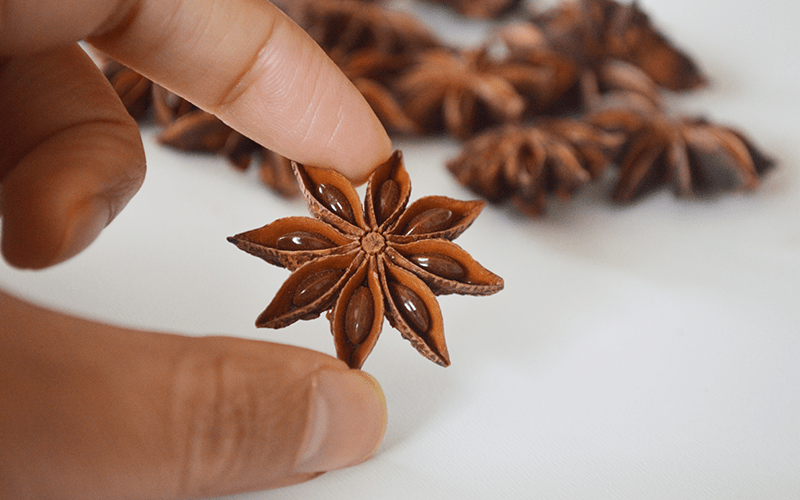 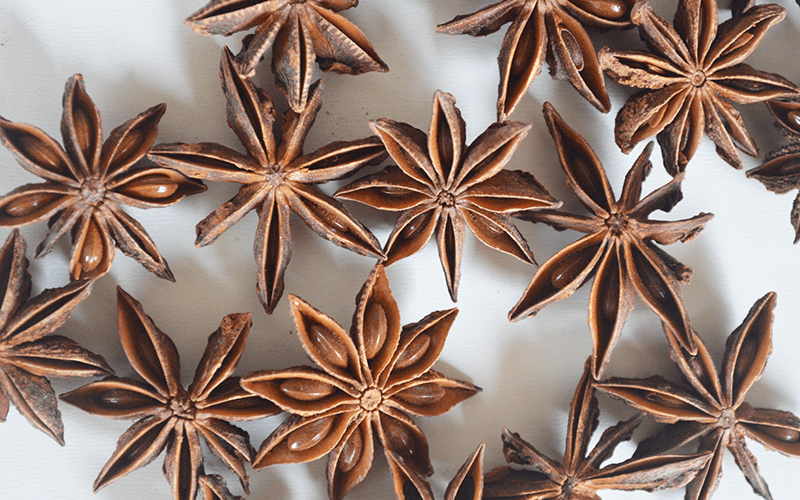 Ancient wisdom prescribed the use of star anise as a digestive aid although scientific evidence for this effect is currently slim to none. Star anise tea has been given to infants for colic with seriously adverse and toxic side effects causing the FDA to issue a warning about the use of such teas in babies and children. The toxic effects are likely due to the contamination of Chinese star anise with the Japanese variety which is toxic and not meant to consumed as food (but rather, burnt as incense!). For flavour and benefits, buy whole star anise from a reputable brand and use it in food and drink-appropriate amounts rather than in highly concentrated, pre-prepared teas and concoctions.

Anethole has anti-cancer activity (4) against many types of cancer cells in a test tube setting, especially in breast and prostate cancer. Linalool, another bioactive compound in star anise, may also boost cancer-specific immune function (5) allowing the body’s own natural immunity to get rid of tumour cells. Animal and human studies remain to be conducted.

Anethole has been shown to have estrogen-like activity (6) explaining the historical use of star anise to enhance lactation, regulate menstruation and treat infertility. In excess, estrogenic activity could be detrimental to the body so experts advise to stick to star anise in food-appropriate quantities rather than in concentrated amounts.

Star anise contains a compound called shikimic acid. This very molecule is the starting point in the synthesis of the world’s best known anti-viral drug, Tamiflu! Before one gets too excited, it’s important to note that shikimic acid alone doesn’t have much anti-viral activity but when combined with quercetin, a compound found in the outer layers of red onions and other vegetables, has robust anti-viral effects (1). Fennel and ginger also contain some shikimic acid.

Anethole, a compound found in star anise has anti-bacterial activity (2) against gram positive bacteria like Staphylococcus aureus as well as anti-fungal effects (3).