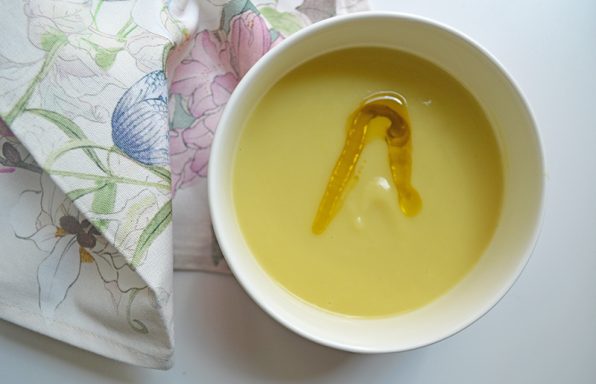 In 'Don't snub the spud! Why the humble potato is a kid superfood', I share nutrition-based reasons why the potato is such a great option for the family table, especially for kids. This simple recipe celebrates the spud in all its starchy, satiating glory.

Nothing screams cozy comfort classic like potato leek soup. I jazzed it up with white pepper - the seed of the matured black peppercorn minus the outer layer - and the results are delicious. A little goes a long way with white pepper so be careful. It gives more bite while also being more subtle than black pepper, perfect for the delicate flavours of this simple soup. We make this about once every two weeks and serve it with a grilled cheese sandwich or chicken strips and a side of veg - dip dip! 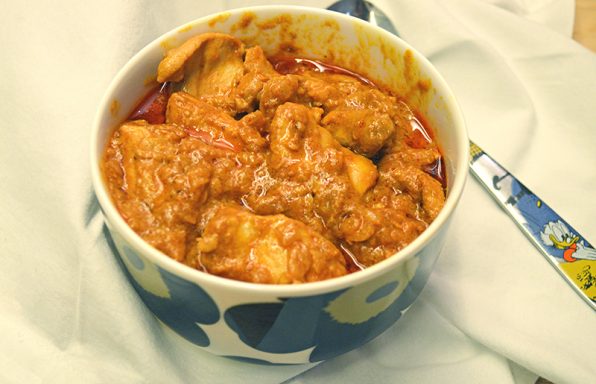 Science Corner
As previously discussed, cumin is the perfect spice for babies' unique needs - (1) Pro-digestion, (2) Immunity-boosting, (3) Anti-microbial and (4) Iron-rich - but it has additional powers that also make it ideal for the whole family. Cumin's benefits, in addition to those mentioned above, include: (5) Anti-cancer / Anti-oxidant, (6) Anti-diabetes (7) Anti-osteoporotic. While high doses of spices are often required to see disease-modifying effects, a close inspection of the amounts of cumin involved revealed that levels attainable through diet (a teaspoon a day) can have positive benefits on measures like cholesterol, lipid levels and body weight. A generous sprinkling on a fried egg for breakfast, in a lentil soup for lunch and in this chicken curry for dinner could get you to a high enough concentration to see health benefits, no pill required! 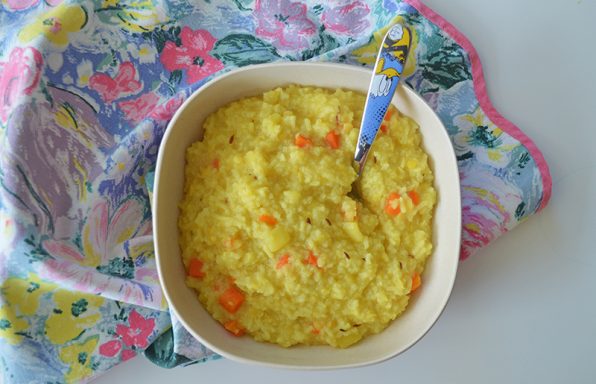 Science Corner
Khichdi, a rice and lentil porridge, often prepared with vegetables, is a revered food in the ancient Indian medical system known as Ayurveda (translated the Science of Life). The combination of rice and lentils provides all essential amino acids. When made with white rice (stay tuned for my post on my data-driven massive change of heart about brown rice for babies!), the dish is thought to be extremely energising and healing for the digestive tract and is highly recommended for babies who are learning to flex their digestive muscle. Khichdi also presents itself as a canvas for various vegetables rich in vitamins, minerals, antioxidants and fibre. The addition of spices like turmeric and cumin boosts the antioxidant content and augments the digestibility of the lentils, although one typically uses skinned yellow or red lentils for babies, which are easier to digest anyway. All of these factors make khichdi a great addition to baby's meal plan, elevating it with science and flavour. 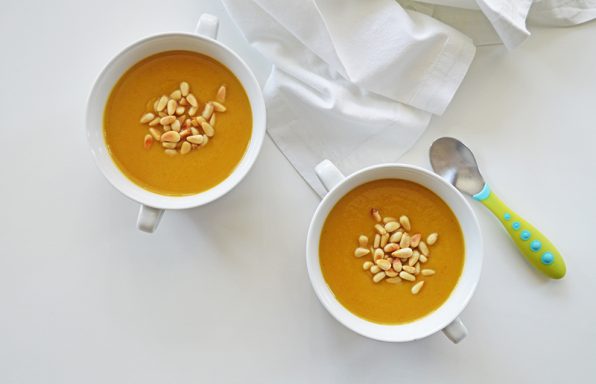 Science Corner
Butternut squash is not only delicious but alive with nutrients - carotenoids (that become vitamin A in the body), antioxidants, anti-inflammatory molecules, types of starches that aid in blood sugar regulation, B vitamins, including folate and surprisingly, a bit of omega-3 fats in the form of alpha linoleic acid, also a potent anti-inflammatory agent. Squash is abundant in winter and affordable so there really is every reason to make it part of your family table. Combined here with antioxidant-rich spices that regulate blood sugar, exhibit antibacterial effects  and boost digestion, to name a few of the benefits, this delicious and soul-warming soup is sheer health and deliciousness in a bowl. 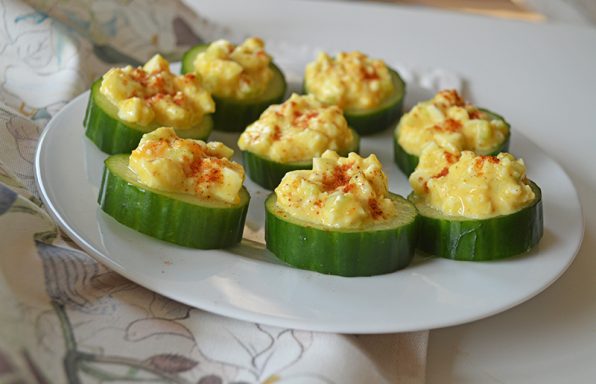 Science Corner
Eggs contain choline which is extremely important for brain and memory development. At only 75 calories, an egg has 6 grams of high quality, complete protein (as in, containing all 9 essential amino acids) as well as iron, vitamins like B12, D, riboflavin and folate, minerals and carotenoids that are vital for eye development and vision. The egg is therefore a tiny nutritional powerhouse. But what about all that cholesterol?! While it's true that eggs do contain a meaningful helping of cholesterol, experts agree that it's not cholesterol in food but saturated and trans fats in the diet that causes blood cholesterol to be elevated. So go ahead and enjoy those nutrient-dense eggs - one a day is considered safe for healthy people. I skip the mayo and substitute calcium and protein-rich, creamy Greek yoghurt here for a super nutritious and healthy version of this favorite. 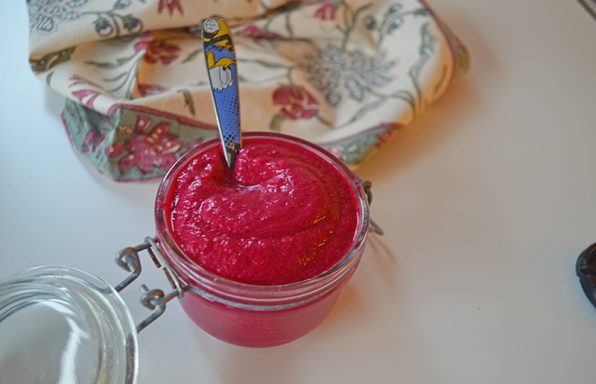 Nutrition
If you hate beets it might be because you, like me, were only offered the boiled, sad preparation growing up. But beets done right can be addictive and delicious. My toddler definitely thinks so and I, having introduced them to him as a bay, am taking all the credit 😉 Beets are not just gorgeous to look at but so amazing for our bodies, particularly due to their detoxification and anti-inflammatory powers, in addition to being a solid source of folate. Cumin is a fantastic digestive aid and antioxidant. It’s also a good source of iron! In this dish, cumin’s smoky and nutty flavours beautifully complement the earthiness and sweetness of beets. We suggest pressure-cooking or steaming (versus boiling) the beets to preserve nutrients. Here, they join forces with probiotic and calcium-rich yoghurt to create a nutritious, delicious, flavour-packed puree any budding gourmet will love. 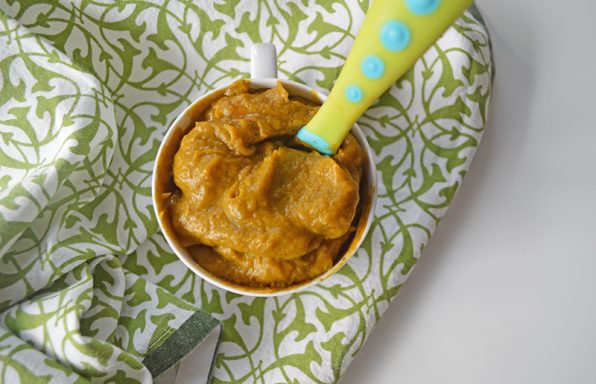 Science Corner
If spices were superheroes, cinnamon would occupy the upper echelons of power. Superman. Maybe Batman. No, actually maybe Captain America. Or more likely, a combination of all of those and more. Packed with anti-diabetes, anti-microbial, anti-inflammatory, cardioprotective, cognition boosting, anti-cancer and female hormone cycle regulating powers, cinnamon is a spice truly worth incorporating into your baby's, toddler's, kid's and family's diets. The only caveat with cinnamon, as previously discussed, is that the widely available Cassia variety has high levels of coumarin, which is a liver toxin. A 2012 study conducted in Norway by the Scientific Committee for Food Safety found that Norwegian kids, because of their regular intake of cinnamon-flavoured oatmeal, were ingesting coumarin in much higher doses than what is considered tolerable and safe. The simple way around this problem is to ensure that the cinnamon you use, especially if sprinkling it into your foods regularly (which you should!) is of the Ceylon / Sri Lankan variety, which has undetectable amounts of coumarin. You can get Ceylon cinnamon from specialty spice shops, Whole Foods and on Amazon. The extra effort in this regard is definitely worth it. 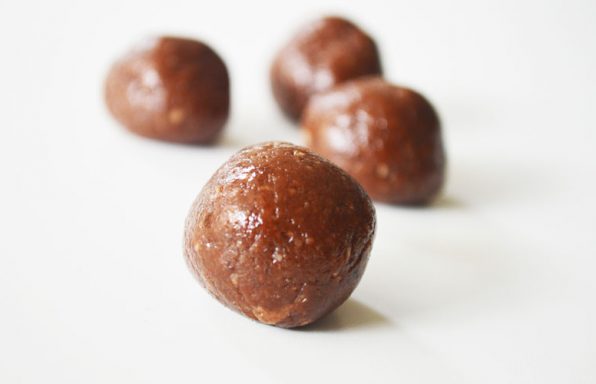 This past rainy weekend brought with it an intense chocolate craving and my stash was out. In a moment of desperation, I whipped up these ‘laddoos’ or energy balls with the only chocolate I had on hand - raw cacao . I wasn't expecting fireworks but boy oh boy were these AMAZING. Packed with protein, iron, calcium, fiber, anti-oxidants and a host of other nutrients, these cardamom chocolate energy balls have become toddler's favorite snack. 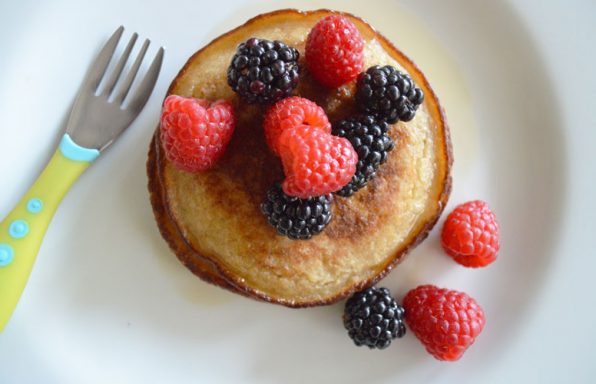 Science Corner
Cinnamon has a plethora of science-backed health benefits like anti-diabetes, cholesterol-lowering, anti-inflammatory, anti-microbial, anti-cancer, anti-Parkinson's and female hormone balancing activities - all in once spice, that's pretty darned remarkable. Oats contain a special kind of fiber called beta-glucan which has been shown to lower cholesterol, prevent heart disease, boost immune function, stabilize blood sugar and even prevent breast cancer. Bananas are an excellent source of potassium which is critical for heart function. Creamy and naturally sweet, they contain fiber to promote digestion and are a 'PREbiotic' - food that feeds the good bacteria in your digestive tract. All of these nutritional powerhouses join forces with omega-3 and calcium-rich chia seeds in this delicious and decadent breakfast that is a delicious, energizing and nutritious way to start your tot's (and your) day. 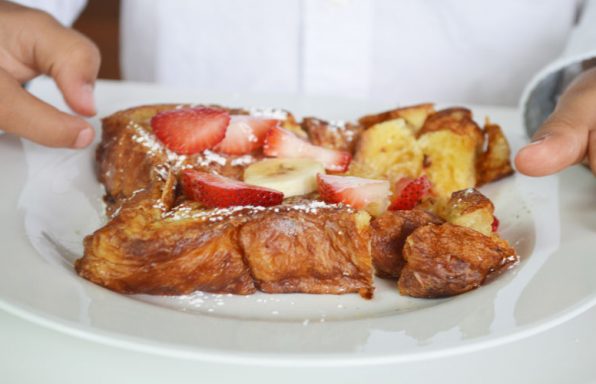 Science Corner
As discussed in a previous post on the science-backed health benefits of cinnamon, this miracle spice can temper the effect of sugar on the body. Studies on type II diabetics have shown that even less than 1/2 a teaspoon a day of cinnamon for 4 months reduces blood sugar levels. There is evidence that cinnamon improves the function of insulin, the hormone that coaxes our cells to soak up blood sugar and use it for energy. Rice pudding flavored with cinnamon spikes blood sugar less than bland rice pudding. It's no wonder then that we encourage the use of cinnamon in any carb-heavy, sugary treat and this delicious French Toast is no exception!