A few summers ago, my parents invited us to join them on a family holiday on the Spanish island of Mallorca so we embraced the ‘joys’ of a 12+ hr flight with a toddler and went. Having never been to Spain before, I soaked in the culture, the wine (literally) and the FOOD! Ohhhh the food. Patatas bravas, Octopus a la plancha, Padron peppers, Croquettes of every kind that my son Ilhan inhaled, I could go on and on. I quickly saw that aside from being simple yet delicious, most Spanish dishes had one other thing in common – the spice paprika.

My research revealed that paprika is in fact native to Central and South America and the West Indies and was only introduced to the New World by Portuguese and Spanish explorers. Paprika is made from grinding dried peppers – sweet bell peppers, hot green peppers and everything in between – of the Capsicum anuum family. It is now used worldwide but particularly dominates the spice racks in Hungary, Spain, Portugal, Morocco and Latin America. Sweet paprika is the norm in the West though you can find spicier versions if you look hard enough. Ultimately however, the king of all the paprikas and the most revered in culinary circles is smoked paprika. Known as pimenton in Spain, it is prepared by smoking peppers over an oak fire unlike the conventional air drying method. It can also be found as sweet, moderately spicy and spicy versions. 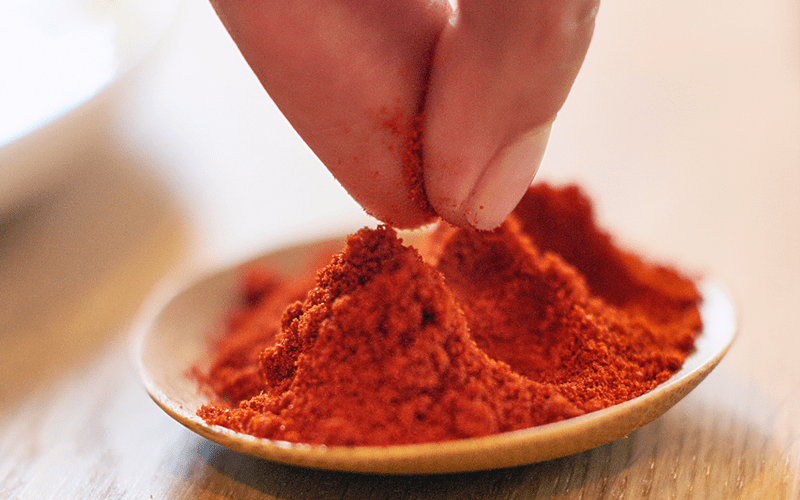 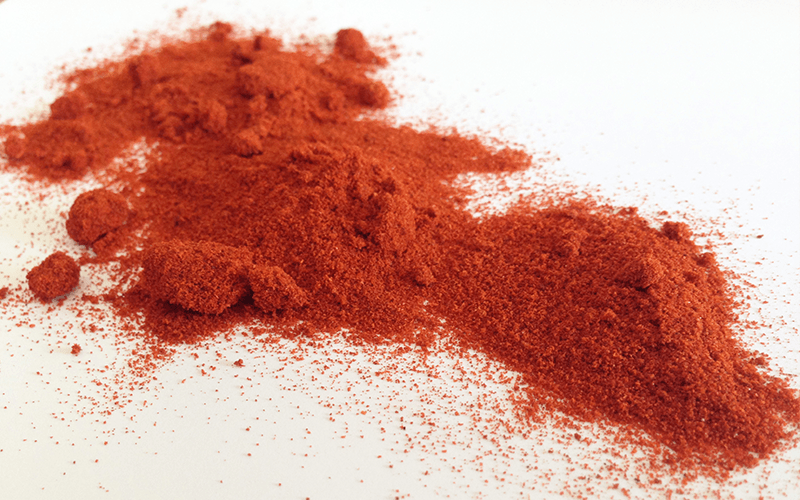 Smoked paprika is my favorite and I have to restrain myself from adding it to all that I eat but it doesn’t actually work with everything. It is smoky and robust which is why it’s delicious but it can consequently overpower delicate ingredients. Sweet paprika is more mild and versatile. It lends a lovely flavor reminiscent of its parent peppers, not to mention the gorgeous reddish-orange hue that makes it so pretty as a garnish on things like deviled eggs. It can liven up mashed potatoes, scrambled eggs, roast chicken and fish, popcorn – the list is long! I suggest having one sweet (Spanish or Hungarian) and one smoked (Spanish) jar in your pantry. The sweet kind is definitely the best way to introduce the spice to babies and kids and you can work your way up the smokiness ladder from there. I would recommend staying away from spicy or picante versions of paprika for the kids unless yours are the uberadventurous kind.

We’ve talked ad nauseam about spices being a potent component of nature’s pharmacy and we won’t stop now. Paprika’s claimed health benefits include:

Science based health benefits of Paprika

There is excellent evidence for paprika’s anti-obesity effects and good data for its There is excellent evidence for paprika’s antioxidant and anti-cancer capacities. Hot peppers contain capsaicin which is responsible for the burning sensation in the mouth. It’s also an anti-inflammatory agent, a topical pain reliever and has anti-cancer, anti-oxidant and anti-obesity effects. It does have its share of side effects, however, as you can well imagine. Capsinoids from sweet peppers are the non-pungent molecular sisters of capsaicins. Because they share the same chemical structure, capsinoids demonstrate many of the same anti-inflammatory medical benefits without the side effects.

Previous studies had demonstrated weight and fat loss after a 2 week-long intake of sweet red peppers. Inspired by these results, researchers from the University of Maryland School of Medicine tested the effect of 6 mg / day of capsinoids in the form of a supplement (concentrated from 1/6th of a pepper amounting to 1.3 tablespoons of paprika) on 40 women and 40 men over a 12 weeks. Capsinoids were well tolerated and resulted in statistically significant abdominal fat loss compared to a placebo control. Certain genetic variations contributed to whether an individual responded to capsinoids or not, consistent with their ability to function through a molecule called TRPV1 (if I’ve lost you here what I’m basically getting at is that the results made molecular sense) (1).

In another very well designed study, Professor Sheila West from Penn State University and researchers observed significant increases in antioxidant status and decreases in insulin and triglyceride levels in human subjects after a meal laced with a spice blend (containing 30% paprika) versus the same exact meal without spices. We can’t attribute this effect to paprika alone of course but it’s fair to say that the spice blend rendered the meal less ‘fattening’ (2). The researchers are now exploring the mechanism by which spices could exert this effect. Possibilities include slower passage of the meal through the GI tract and direct inhibition of pancreatic enzymes which normally activate a strong insulin response. As you know, too much insulin makes us fat and keeps us fat. It turns out spices act like the insulin police.

Most studies in the cancer field have focused on capsaicins, which are found in larger amounts in hot peppers. Whilst capsaicin has promising anti-cancer effects, it appears to be a double edged sword. Epidemiological studies have demonstrated a link between diets very high in pungent capsaicin and gastric cancer. Because capsinoids found in sweet and smoked paprika lack pungency and are not irritants to the body, their anti-cancer activities are of greater interest.

Capsiate, one of the main capsinoids in sweet peppers, was shown to block the effects of a molecule called VEGF which is involved in the spread of tumors within the body via a process called cancer metastases. Capsiate was shown to bind to an enzyme called Src and block its function, one of which is to allow cancer cells to spread from the site of origin to other organs and tissues. The limitation of this study was that it was conducted in a ‘petri dish’ on cancer cells rather than in a whole animal model but it is provocative nonetheless (3).