While many of us in the West wonder if and when to start our babies on spices, age-old cultures from Mexico to Morocco to India have been doing so with abandon as early as 6 months of age. And the first spice that often makes an appearance in baby’s world is Cumin.

Cumin is the dried seed from the fruit of the Cuminum cyminum plant, a member of the parsley family. Cumin seeds are slender, brownish in color, oblong in shape and longitudinally ridged. They are used in seed or powdered form depending on the culinary preparation. A whiff of the spice brings up peppery, warm, earthy and slightly sweet aromas, a delicious complement to many meat and vegetable dishes. 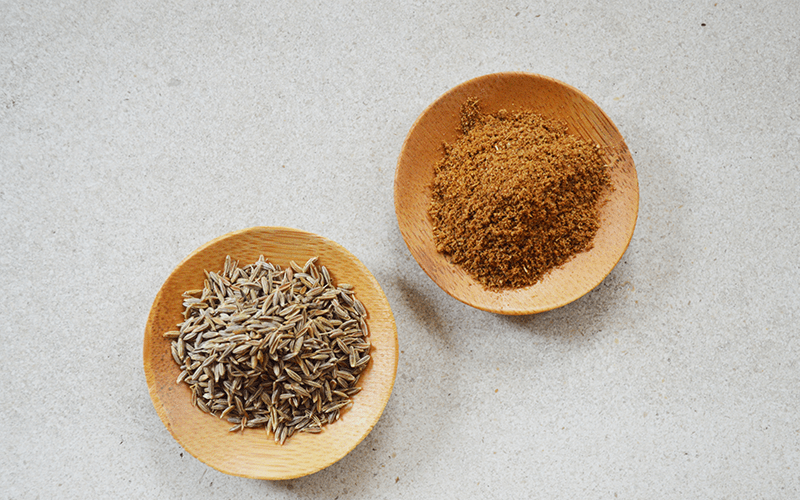 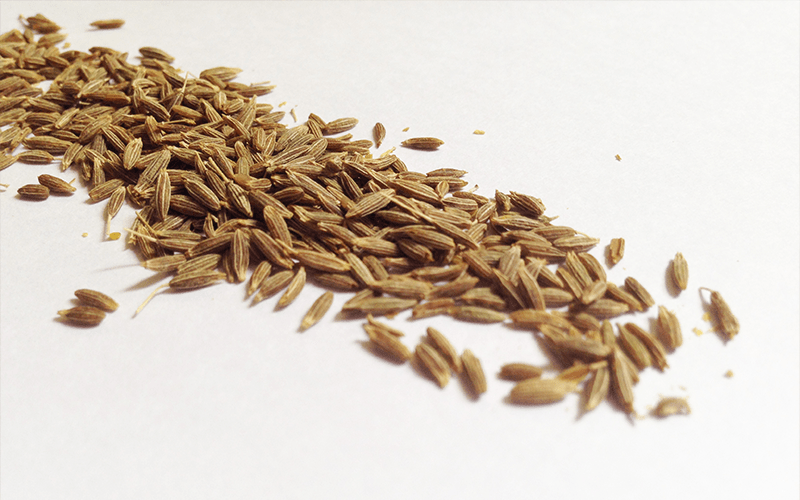 Cumin has been part of human history for thousands of years and, like most other spices, has been used for its flavor-enhancing as well as medicinal qualities. A favorite historical anecdote is one where cumin was so heavily prized for its love-enhancing effects that soldiers were sent to war with loaves of cumin-flecked bread baked by their wives to preserve fidelity!

Cupid’s arrow aside, Cumin’s other claimed traditional medicinal benefits include: 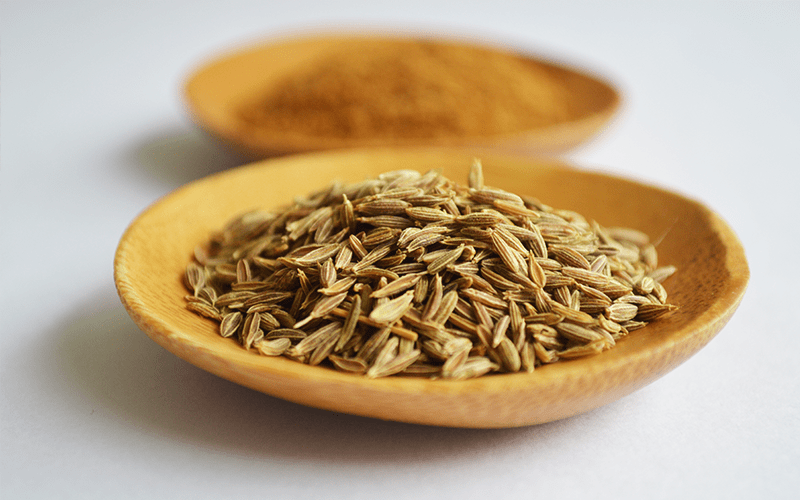 Science based health benefits of Cumin

Studies have shown that cumin boosts digestion by increasing pancreatic enzyme production, specifically amylase, trypsin and chymotrypsin (4). Amylase breaks down starch and the latter two enzymes process protein.The spice also has antidiarrheal effects (5). Many a midwife is known to have prescribed a teaspoon of cumin tea (entailing 1 teaspoon of cumin seeds steeped in a cup of hot water for 10 minutes) for colicky or gassy babies. Babies have immature digestive systems and may struggle to break down and assimilate harder to digest foods like lentils and beans, which are tremendously nutrient rich. The addition of cumin boosts digestibility and enhances flavor and that’s a win win.

Cumin activates T cells that make up an indispensable arm of our immune response – they recognize and eliminate foreign invaders like bacteria and viruses (6). In animals that were immune compromised (akin to babies, one could argue), cumin boosted immune function by increasing the weight of the thymus and spleen. Trials on humans remain to be conducted but several studies in animals combined with ancient anecdotal evidence suggests that regular intake of cumin can render our immune systems more robust to fight off infections.

Not only does cumin enhance our immunity but it also directly kills bacteria (7) and fungi thanks to the compound cuminaldehyde, which is anti-bacterial against a range of pathogenic bugs. Cumin has the ability to disrupt stubborn, drug-resistant bacterial colonies called biofilms (8) and demonstrates anti-fungal activity against animal and human fungal pathogens (9). Babies explore their new worlds through their mouths, becoming friendly with all sorts of bacteria, both good and bad! Consistent antibacterial action through cumin (and other spices!) in their food is definitely a good thing, we reckon.

For a spice used in small quantities, cumin contains meaningful amounts of iron – 1 teaspoon of cumin seeds (about 1/2 teaspoon ground) has 1.4 mg or about 12% of the daily recommended intake for babies from 7-12 months of age. Up to 6 months, babies have adequate iron stores inherited from mommy and obtained through breast milk or iron-fortified formula. After 6 months, babies’ iron stores need to be maintained through their diet. Cumin is a solid non-heme (plant versus animal based) source of iron that can make for a flavorful and healthy addition to baby’s diet. To enhance the bioavailability of iron from non-heme sources, it’s best to pair it with vitamin C in recipes.