Cinnamon has been part of human history since 2800 BC when it was first mentioned in Chinese medical writings. Used in ancient Egypt, Europe and China as a perfume in the embalming process, an aphrodisiac and in the preservation of meat, the Arabs held the monopoly on its trade until the Portuguese discovered a prized variety in Ceylon / Sri Lanka in the 1500s. Cinnamon is now more widely grown, readily available and cheap, yet it’s magic remains strong.

Cinnamon is a spice obtained from the inner bark of a dozen species of evergreen trees. Ceylon cinnamon is called ‘true cinnamon’ because it comes from the Cinnamomum verum tree, native to Sri Lanka, an island country south east of India (and absolutely worth a visit if you get the chance). Most of the cinnamon available in regular super markets however, is of the cassia variety, grown in Indonesia, China and other countries. Ceylon cinnamon has a lighter citrus flavour versus cassia cinnamon with is stronger and spicier but these flavor differences aside, there is another important, medically relevant distinction worth noting between the two varieties. 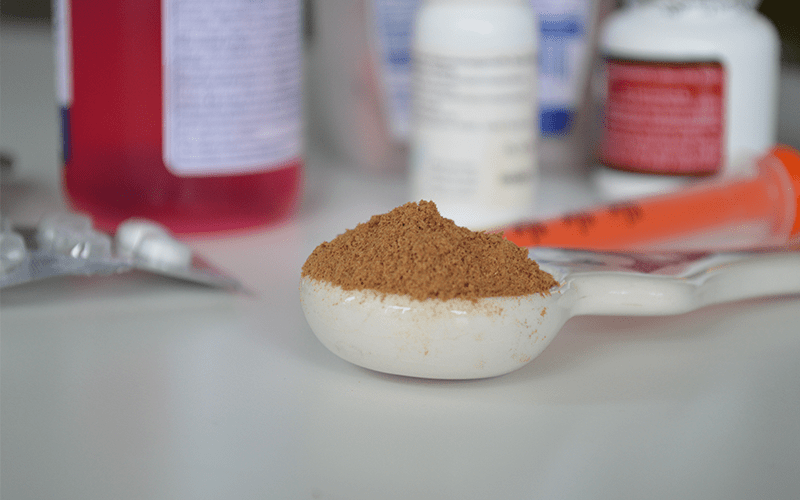 Our ancestors didn’t fully understand the molecular mechanisms by which cinnamon displayed it’s incredible health-promoting effects. Nonetheless, anecdotal evidence led them to use it for respiratory ailments, the flu, digestive upsets and to prevent spoilage of meat by bacteria. Modern science is now lending credibility to ancient wisdom and adding to the list of powers of this miracle, ancient spice.

Why it’s best to use ceylon (not cassia) cinnamon

Cinnamon contains a natural compound called coumarin, which acts as a blood thinner and prevents blood clotting. At high doses, coumarin can cause liver toxicity and unforunately, cassia cinnamon contains measurable amounts of coumarin. While a sprinkling on your French toast or in these amazing muffins won’t really matter, if you love cinnamon and use it routinely for its myriad health benefits and delicious flavour profile, you should procure Ceylon cinnamon, which has only trace amounts of coumarin and is safe at high doses. It can be found at speciality shops and on Amazon. A simple way to tell if your cinnamon is indeed ‘true cinnamon’ is to take a closer look at the quills. Cassia cinnamon sticks are tougher and made up of a single layer of bark whereas Ceylon cinnamon is thinner with multiple layers within each bark. As a result, the latter breaks easily. It’s delicate flavor is perfect for perking up oatmeal, smoothies, fresh fruit, coffee, tea and hot chocolate whereas cassia varieties work better in baking, meat and savory dishes. 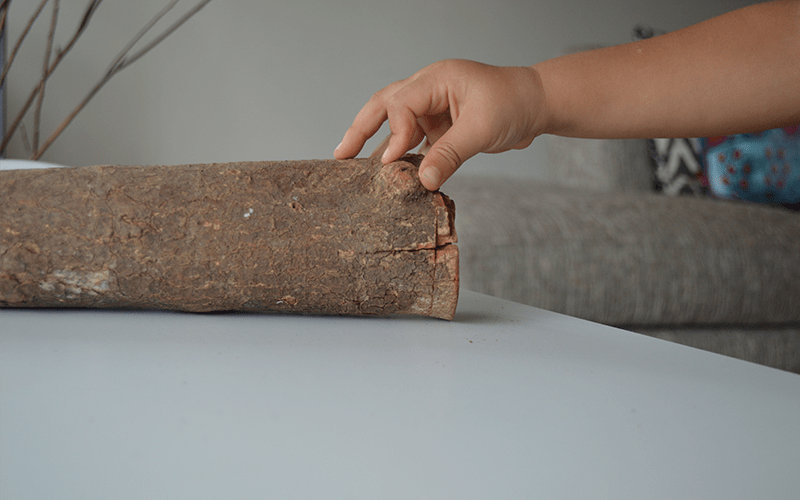 Grind your own cinnamon for an unmatched aroma and flavour experience

As discussed in a previous post, it is truly worth grinding your own spices and cinnamon, in particularly, is best freshly ground! Simply place the barks between two kitchen towels and smash into smaller pieces using a rolling pin or meat tenderizer. Dry roast the broken barks on medium low heat for 1-2 minutes to activate the aromatic oils and blitz to a powder in a dedicated coffee grinder. The flavor and aroma will be the ultimate reward for your labor, which is much easier and quicker than you think.

Science based health benefits of Cinnamon

Studies on type II diabetics have shown that even less than 1/2 a teaspoon a day of cinnamon for 4 months reduces blood glucose levels (1). There is evidence that cinnamon improves the function of insulin, the hormone that coaxes our cells to soak up blood sugar and use it for energy (2). Rice pudding flavored with cinnamon spiked blood sugar less than bland rice pudding (3) (and probably tasted loads better too)!

Our ancestors used cinnamon to prevent food spoilage and for good reason. Cinnamon can kill bacteria, viruses and even drug-resistant fungi (4). It can disrupt a particularly nasty type of bacterial colony called a biofilm that coats the surface of medical devices and wreaks havoc with hospital-acquired infections. To be a potent medicinal antibiotic, cinnamaldehyde would have to be improved substantially, which is no small pharmaceutical feat. Nonetheless, you can feel good about adding cinnamon to that meat dish to keep it from spoiling too quick.

Inflammation is pivotal for our body’s defense against invaders but unwanted inflammation can contribute to chronic diseases like cancer and Alzheimer’s (5). Cinnamon is an anti-inflammatory compound – it blocks inflammatory molecules like arachidonic acid and TNF-alpha (6), keeping unnecessary inflammation in check and inflammation-related diseases at bay.

Cinnamon has been shown to lower bad (LDL) cholesterol while sparing good (HDL) cholesterol although some conflicting data remain to be sorted out (7). Cinnamon can also lower blood pressure (8) and reduce triglycerides (9), suggesting it may benefit heart health.

Studies in animal models have shown that cinnamon improves memory and learning by reducing oxidative stress in the brain (10). The spice may also protect dopaminergic neurons in Parkinson’s disease (11). A small study in humans demonstrated that the mere scent of cinnamon improved cognitive function (12). Larger, more systematic studies are warranted to confirm these provocative findings.

Cinnamon slowed tumor growth in several animal models although human studies have not been conducted yet. The spice inhibits the function of a molecule called NF-kappaB which turns on many cancer causing genes (13). It can also block proteins that allow cancers to access our blood supply and spread throughout the body (14).

In a provocative albeit small-scale study conducted by researchers at Columbia University in New York, cinnamon improved menstrual regularity in women with polycystic ovarian syndrome (PCOS) (15). Larger trials are necessary but the findings are intriguing given the link between insulin resistance and PCOS and cinnamon’s positive effects on insulin function.